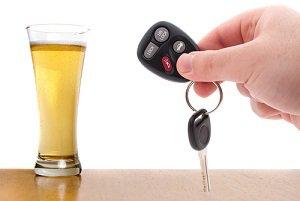 Drunk driving accidents can be extremely serious. Those who drive while intoxicated can cause severe injuries to themselves, their passengers, other drivers, and pedestrians. In California, drunk drivers can be held legally responsible for paying financial damages to their victims in order to compensate them for their injuries.

Driving while intoxicated is a criminal offense in California. The state’s DUI statute provides that those who drive with a blood alcohol content of 0.08 percent or higher can be charged with driving under the influence. For drivers of commercial vehicles, the legal limit for blood alcohol content is 0.04 percent, and for drivers under the age of 21, the legal limit is 0.05 percent. Additionally, driving while impaired by any drug can lead to a DUI charge.

If a victim can prove that a defendant violated a law or statute, such as California’s DUI law, the violation constitutes negligence per se and gives rise to a presumption that the defendant was negligent. Thus, if a victim can show that a driver in an accident was convicted of DUI, the victim need not introduce other evidence of the defendant’s negligence.

Sometimes, however, a driver is not sufficiently intoxicated to be charged with DUI, but the driver’s impaired state nonetheless causes an accident. The mere fact that no statute was violated does not mean that the victim has no recourse. Instead, the victim may file a negligence lawsuit against the driver.

Drunk driving accidents often lead to severe consequences. Drivers have slowed reaction times and may not be able to move quickly enough to avoid more serious crashes and injuries.

Victims of DUI accidents can recover damages to compensate them for medical expenses, physical therapy and rehabilitation, damage to their vehicles and other property, past and future lost wages, pain and suffering, and scarring and disfigurement.

In certain situations, a court may award punitive damages. This type of damages is available in cases of egregious wrongdoing, such as in drunk driving cases. They are designed to punish the wrongdoer and act as a deterrent, rather than to compensate the victim for his or her losses. Punitive damages, unlike compensatory damages, are not covered by insurance policies.