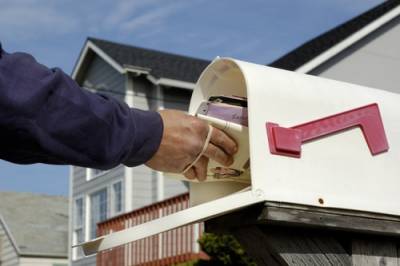 A California postal worker was found dead in her truck Friday during what turned out to be a record-breaking hot day in Woodland Hills. The 63-year-old worker was delivering mail when it was 117 degrees outside, the hottest temperature recorded in Woodland Hills since 1976, when the temperature reached 106 degrees. The woman’s family is blaming her death on the heat and is pushing the U.S. Postal Service to change their protocol on high-temperature days.

Cause of Death Is Undetermined

The woman, who had worked for the U.S. Postal Service for 28 years, had just returned to her job after months off for a broken ankle. Her family stated that she had previously suffered a heat stroke, and also thinks the heat has something to do with her death. When the woman was found unresponsive in her truck, emergency responders attempted to revive her, but pronounced her dead on the scene after several attempts. The Los Angeles County coroner said an autopsy was performed, but her cause of death is still pending.

The woman’s family says that they think her death was related to the fact that it was nearly 120 degrees and the mail carrier vehicles do not have air conditioning. They also said that since the job is so physical, the U.S. Postal Service should consider changing the way the do things on days that pose such a hazard to people.

OSHA Launches an Investigation in the Woman’s Death

Because the woman died while she was at work, the Occupational Safety and Health Administration (OSHA) has launched into an investigation concerning the woman’s death. According to OSHA, employers have a responsibility to protect their employees from serious hazards, including situations of extreme heat. If OSHA determines that the woman’s death was due to the work environment she was put in, there could be consequences for the postal service.

Losing a loved one is hard and it can be even harder if you know that their death was preventable. Though the cause of death in the woman’s case has not been determined, it is suspected that exposure to heat was a contributing factor. If you have a loved one who has died due to the negligence of others, you should contact a skilled San Jose wrongful death attorney as soon as possible. Contact Janoff Law to discuss your case and see how they can fight for your loved one’s rightful compensation. Call the office at 408-286-2300 to set up a consultation.