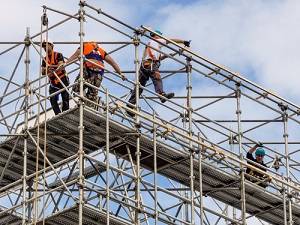 The Occupational Safety and Health Administration (OSHA) has announced that is delaying enforcement of parts of a new rule aimed increasing workplace and construction site safety. The provisions specifically address post-reporting retaliation and were set to take effect on August 10, 2016, but have been pushed back to November 1, 2016, so affected companies and contractors have more time to become educated about the new requirements. At least one lawsuit has also been filed by industry and trade groups seeking to have the provisions removed from the rule altogether.

Earlier this year, OSHA issued a set of regulations—known as a final rule—looking to improve workplace injury and illness tracking, including injuries that occur on construction sites. The rule requires employers in particular industries to electronically record and report data about on-the-job accidents and illnesses so OSHA can use the information to identify trends and develop safety protocols. The rule also updates requirements regarding the way employers inform their workers about reporting workplace injuries. The recording and reporting portion of the rule is set to be phased in over the next two years.

The OSHA rule also looks to stop employers from discouraging workers from reporting a work-related illness or injury. Such discouragement includes intentionally difficult reporting processes, implied threats or harassment, and harsh scrutiny of a worker’s professional and personal affairs.

According to reports, the most controversial aspect of the new rule is the limitations it would place on post-reporting drug testing. Specifically, the rule prohibits “employers from using drug testing (or the threat of drug testing) as a form of adverse action against employees who report injuries or illnesses.” Drug testing, the rule continues, may only be used if “employee drug use is likely to have contributed to the incident, and for which the drug test can accurately identify impairment caused by drug use.” Employees who report a tool malfunction or a repetitive strain injury, for example, should not be drug tested, according to the rule. Such testing will likely deter employees from reporting injuries without increasing workplace safety.

The Associated Builders and Contractors (ABC), in conjunction with other industry leaders, have filed a federal lawsuit against OSHA to challenge the drug testing portion of the new rule. The suit claims that limiting an employer’s ability to drug test workers would have a negative effect on workplace safety. The plaintiffs maintain that drug and alcohol testing is key to understanding the root cause of a workplace injury so that appropriate preventative procedures can be developed.

Hurt on a Construction Site?

Construction sites are among the most dangerous of any type of workplace. If you have been injured on or around a construction site, you need the assistance of an experienced San Jose construction site accident attorney. Call Janoff Law today at 408-286-2300 for a free, no-obligation consultation. We will review your case and help you understand your options for financial recovery.