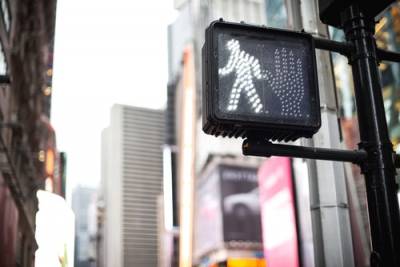 A pedestrian is defined by the National Highway Traffic Safety Association (NHTSA) as any person who is on foot, walking, running, jogging, hiking, sitting or laying down. This means that everyone is a pedestrian at some point throughout the day. Unfortunately, pedestrians are one of the few groups that have seen an increase in fatalities each year since 2007. In 2016, there were nearly 6,000 pedestrians killed in traffic crashes, which amounted to 16 percent of all traffic fatalities. In an effort to combat this increase in fatalities, the NHTSA has studied the risk factors that contribute to pedestrian fatalities.

Alcohol Involvement: As with traffic crashes in general, the risk of getting into an accident increases when there is alcohol involved. The NHTSA found that either the driver, the pedestrian or both had consumed alcohol in 48 percent of fatal pedestrian accidents.

Have You Lost a Loved One in a Pedestrian Accident?

Pedestrian accidents in California are unfortunately all too common with year-round great weather - there were 867 pedestrian fatalities in California in 2016. If you have lost a loved one in a traffic accident when they were a pedestrian, you should contact a skilled San Jose pedestrian accident lawyer immediately. Losing a loved one is difficult, but you can get peace of mind knowing that Janoff Law is here to fight for you. To discuss your loved one’s case and determine if you are eligible for compensation, call the office at 408-286-2300 to schedule a consultation.