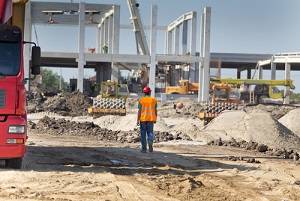 An investigation into the death of a construction worker who fell from the 53rd floor of the Wilshire Grand Center tower in downtown Los Angeles last month has been completed. According to reports, the Los Angeles County coroner’s office has ruled the death of a 36-year-old electrician contractor a suicide. The construction site fatality was the first significant incident since work began on the tower project three years ago, but the general contractor of the project is no stranger to accidents and controversy. The same company recently came under fire for a construction site explosion in San Jose that was never reported to state regulatory officials.

Fall-Prevention Measures Were in Place

Turner Construction Company—one of the most recognizable names in the North American construction industry—is the general contractor overseeing the Wilshire Grand Center project. The company has maintained since the death occurred that the incident was not work-related and that anti-fall measures were installed at the site. An on-site investigation by the California Division of Occupational Safety and Health, commonly known as Cal/OSHA, “confirmed that no fall-protection violations were observed.”

While it appears that there was little the company could have done differently in the Los Angeles incident, it comes on the heels of a controversial revelation about a steam explosion in San Jose. In September of last year, Santa Clara County officials released a video showing a steam-driven blast on a construction site run by Turner near Valley Medical Center. The video shows at least one worker who appeared to have been injured and paramedics being called to the site. Reports indicate that the worker refused medical treatment and continued working for the remainder of the day.

Because the man—an employee of a Turner subcontractor--did not require medical treatment, Cal/OSHA was not automatically notified of the incident. About one month later, the worker filed for workers’ compensation for post-traumatic stress disorder (PTSD). According to Cal/OSHA, employers are encouraged to report instances of work-related injuries by phone, 24 hours a day, but are only required to do so in the event of serious injury, illness, or death. In this case, however, a report could have helped to substantiate the worker’s subsequent PTSD claim.

Each year, thousands of workers and visitors are injured on and around construction sites, and hundreds are killed. If your family has been affected by a construction site accident, contact an experienced San Jose construction accident lawyer to discuss your options. We will help you seek the compensation you deserve from any and all responsible parties. Call 408-286-2300 to schedule your free, no-obligation consultation at Janoff Law today.