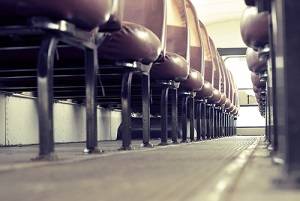 Near the end of last year, the head of the National Highway Traffic Safety Administration (NHTSA) Mark Rosekind met with the National Association for Pupil Transportation in order to discuss the use of seat belts on school buses. While the NHTSA’s position on this issue has been unclear in the past, the regulatory agency has now affirmatively stated that all school buses should be equipped with three-point seat belts. The NHTSA also requested that school districts, state and local governments, and school bus manufacturers all aid in implementing this new policy, with the goal of preventing serious injury to children in the event of an accident.

Although the NHTSA has made important strides towards ensuring seat belt use on school buses, the agency must still begin a rulemaking process in order to make the seat belt mandate a reality.

California is one of the six states that already requires certain school buses to be equipped with seat belts. However, the law only applies to buses designed to carry more than 16 passengers that were manufactured after 2005 and to school buses that carry less than 16 passengers and were produced after 2004. As a result, many buses without seat belts are still legally in use across the state.

California law grants immunity from liability to school districts when a child chooses not to use a seat belt on a bus that has them. To overcome this immunity, an injured party would need to show that the students did not receive age-appropriate instruction on how to use the seat belt. Otherwise, schools districts may be held liable for injuries sustained by a child in an accident if the driver was negligent or improperly trained.

Similarly, if a school bus is improperly maintained, and, as a result, a mechanical problem went unnoticed and later caused an accident, the driver and the school may be held responsible. If the driver was not at fault and the child was injured while wearing a seat belt, but the device was somehow defective, a guardian may also be able to recover under the theory of product liability.

If your child has been injured while traveling on a school bus, you may have a basis for a personal injury suit. Contact an experienced San Jose car accident lawyer at Janoff Law for more information. Call 408-286-2300 to schedule a free, no-obligation consultation today.