Car Crash Fatalities on the Rise in California 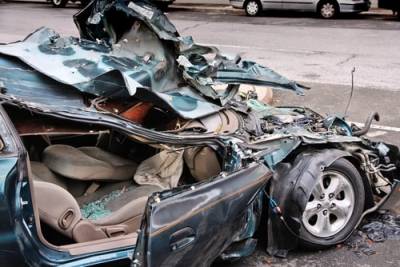 California roadways, it seems, are becoming more unsafe. While motor vehicle fatalities are up nationwide, the death rate in the Golden State rose faster than the national average. If a loved one has died in a car accident in California, you need an attorney with enough experience to handle such an important case. Accidents involving serious injury or death are often complex, requiring legal counsel who understands insurance companies and who is willing to take the case to trial.

The troubling data concerning California’s rising roadway fatality rates comes from the National Safety Council (NSC). The NSC estimates that there were 3,680 motor vehicle deaths in California in 2016, representing an increase of about 13 percent from the previous year. Across the country, the number of roadway deaths also increased, but by not as much. Data shows that the United States saw a 6 percent increase in motor vehicle fatalities last year, meaning that California’s increase in fatal accidents was more than twice that of the country as a whole.

While California saw a significant increase in fatalities, the state that experienced the largest increase was New Mexico, which had a 34 percent jump from 2015 to 2016. Twelve states reported a decline in motor vehicle fatalities. Experts suggest that the increases were caused by several factors, including:

Whenever a car accident results in a fatality, the surviving family should give consideration to hiring a lawyer. The average person is not likely to understand all of the possible avenues for collecting compensation that may be available under California law.

Your attorney will be able to calculate how much the at-fault party should be required to pay based on the accident victim’s life before the accident and the expected impact of his or her absence in the future. Considerations such as how much money he or she earned and how many people relied on the victim for emotional and economic support could all affect the ultimate settlement or verdict.

At Janoff Law, we handle car accidents involving catastrophic injury or death effectively and with our clients’ best interests in mind. We have the experience needed to handle even the most complex auto accident cases. To speak with a knowledgeable San Jose car accident lawyer, call 408-286-2300 and schedule your free initial consultation today.