Youth Sports and the Assumption of Risk 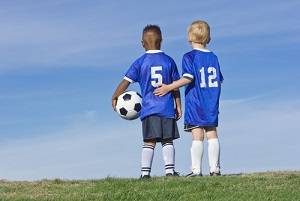 In many towns throughout California and across the country, Friday nights during the fall mean just one thing: high school football. The sport, for a large number of communities, has grown to become more than just recreation or competition; it has become a cultural institution with roots that are several generations deep. Youth sports, of course, begin well before high school, with kids as young as four or five years old starting to play T-ball or soccer. During a practice or contest, young athletes often get hurt, and, as most coaches would say, injuries are part of the game. It is important, though, for parents to understand what constitutes “part of the game” and what is meant by the assumption of risk.

Risks Inherent to the Activity

Every sport or physical activity presents the possibility of certain types of injuries. Some, of course, may be more severe than others, but are still within the accepted parameters of the sport. For example, a baseball or softball player is susceptible to being hit by a thrown or batted ball. Similarly, a young athlete playing football is subject to violent physical contact, which can lead to broken bones and head injuries, all well within the rules of the game.

By allowing a child to participate in the activity, there is an assumption of risk on the part of the parent. This means that if an injury occurs as a result of reasonable participation, the coaches, administrators, officials, and other participants cannot generally be held liable.

Assumption of risk, though, does not apply to every situation that may arise in youth sports. Sometimes, injuries occur that are not a normal part of the game, and when they do, parents may have the ability to hold certain parties responsible. An example would be a coach who negligently failed to identify an injury to a player, then forced the player to return to the game, exacerbating what was a minor injury into a more serious one. This, in fact, has become an area of focus in many youth sports, particularly as it pertains to concussions and head injuries.

If your child has been injured in the course of participation of youth sports and you believe that the injuries were more than just part of the game, contact an experienced San Jose personal injury attorney. We will review your case, help you understand your options, and work toward a favorable resolution Call 408-286-2300 today to schedule your free consultation at the Janoff Law.