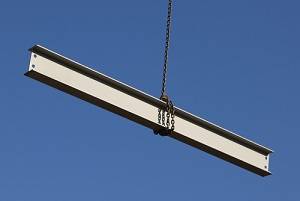 An active construction site is an extremely dangerous environment. A single project can require dozens of subcontractors, hundreds of workers, and countless tons of vehicles and machinery. Each year, thousands of workers are injured while working on or visiting a construction site. In addition, nearly 20 percent of all on-the-job fatalities occur in the construction industry. With so many moving people and parts, it is virtually inevitable that accidents will sometimes occur, as two workers in Sacramento recently discovered.

The California Division of Occupational Safety and Health (Cal-OSHA) is investigating an incident that happened earlier this month which sent two individuals to a local hospital. The two were workers employed a construction company responsible for building new hangars at Mather Airport in Sacramento. When the accident first occurred, reports indicated that a building had collapsed, but when first-responders arrived, they discovered that an iron beam had fallen, injuring the two workers.

A spokeswoman from Cal-OSHA said the workers were trying to connect beams when they lost control, causing one to fall. She would not provide details because the investigation is still underway. Representatives for the contracting company would not comment on the incident.

Statistics suggest that the injured workers were very fortunate. Being hit by an object is one the leading causes of death on a construction site, according to the Occupational Safety and Health Administration. Along with falls, electrocution, and being caught in or between equipment, being hit by an object is one OSHA’s Focus Four. Estimates from the Bureau of Labor Statistics suggest that these four causes of injury lead to more than 400 workplace fatalities annually. Educational efforts and public awareness campaigns are ongoing around the country, encouraging workers and employers to take special care to remain safe, particularly on construction sites.

When a person is injured on a construction site, there are a number of variables that could affect his or her ability to collect compensation for the sustained injuries. Perhaps the most important is the worker’s status as an employee or independent contractor. An employee can at least begin the recovery process with a workers’ compensation claim, though workers’ compensation is often insufficient to meet all of an injured person’s needs. An independent contractor will often need to pursue other avenues of recovery, which may include filing a third-party claim against any and all responsible parties.

If you or a loved one has been hurt while performing construction work, an experienced San Jose construction accident lawyer can explain your available options. Call 408-286-2300 to schedule a free consultation at Janoff Law today.