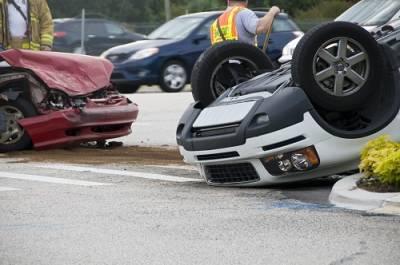 Over the last several years, ridesharing companies like Uber and Lyft have become part of the global culture. There have been controversies in many areas, as one might expect, but most consumers—especially those in younger demographic groups appreciate having additional alternatives to traditional car services and taxi cabs. What happens, however, when an Uber ride ends in an accident and you are injured? Is the driver liable for your injuries or does the company bear some responsibility as well? This is the question that will need to be answered by the courts once again as a 24-year-old woman has sued San Francisco-based Uber over an accident which left her paralyzed from the chest down.

The concept of “ridesharing” can be rather misleading. Ridesharing has long been a staple on college campuses where students looking for a convenient and inexpensive way home for the weekend could connect with a driver headed in the same direction. The term, however, as it has been adopted by car-for-hire companies like Uber is somewhat of a misnomer. Uber drivers are not really picking up additional rides en route to a similar destination; they are dispatched similar to a taxi or limousine service. As such, riders expect their drivers to be courteous, safe, and professional.

Just over a year ago, a 24-year-old woman was out with friends in Dallas when they decided to call an Uber. During the ride, the driver reportedly ran a red light and was hit, causing the vehicle to flip. The woman was severely injured and has been unable to move anything below mid-chest level since the accident. She recently filed a lawsuit against Uber and several other defendants claiming that the man who was driving the car that night not only had a criminal background but was also uninsured.

According to Uber’s website, the company does conduct background checks on prospective drivers. It also requires its drivers’ to maintain auto insurance in accordance with their respective state laws. How an uninsured driver ended up behind the wheel that night is unclear, but Uber officials have refused comment on the pending lawsuit citing company policy.

The lawsuit seeks damages for negligent hiring from Uber and additional compensation from the other defendants, including the driver of the car and the car’s owner.

Injured in an Uber Accident?

If you have been hurt in an accident involving an Uber or Lyft car, the road ahead may seem very uncertain. Fortunately, we can help. Contact an experienced San Jose car accident lawyer at Janoff Law and get the guidance you need for your complex case. Call 408-286-2300 for a free consultation today.