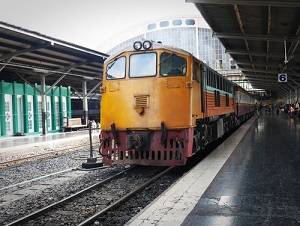 The U.S. civil court system is an institution that has been established to protect the rights of those who have been wronged or injured in some way. When a party has suffered losses due to the actions or negligence of another, the damaged party may be forced to rely on the courts to provide the compensation and justice he or she needs and deserves. There are limits, however, to what the American justice system can do, especially when the case involves injuries that occurred in another country.

Earlier this month, the Supreme Court of the United States issued its first ruling of the new term, reversing a decision by the Ninth Circuit Court of Appeals that allowed a suit to continue in American court over an injury occurring in Innsbruck, Austria. The High Court unanimously rejected the lower court’s ruling on the grounds that the focal point of the case centered around events that took place outside of the United States, and that the American courts do not have sufficient jurisdiction to make a binding ruling. This marks the third time in less than four years that the Supreme Court has limited the reach of the U.S. court system.

Under the Foreign Sovereign Immunities Act (FSIA), agencies or entities owned by foreign governments are not able to be sued in American courts, unless the case is based upon commercial activities conducted in the United States. The case in question, however, was centered around an incident in which a California woman attempted to board a moving train in Innsbruck, Austria. The woman fell from the boarding platform and, as a result of the accident, lost her legs. She subsequently sued the government-owned railway, but filed suit in U.S. federal court on the basis that she had purchased her train pass from a Massachusetts-based company, creating the necessary exception to the FSIA.

Supreme Court Chief Justice John Roberts wrote the opinion of the Court as it dismissed the California woman’s case. He and the rest of the Court rejected the notion that the purchase of the train ticket was a reasonable basis for the suit. Every main element of the case, according to Roberts, took place in Austria, meaning the American federal court system does not have the authority to make a ruling regarding liability. “However [the claimant] frames her suit,” he wrote, “the incident in Innsbruck, Austria, remains at its foundation.”

Guidance for Your Personal Injury Case

When you have been injured in any type of accident, you need a lawyer dedicated to helping you find every possibly avenue of compensation. Contact an experienced San Jose personal injury attorney today to learn more about your available options under the law. Call 408-286-2300 for a free, no-obligation consultation at Janoff Law.