Study Finds Millennials Among the Most Dangerous Drivers 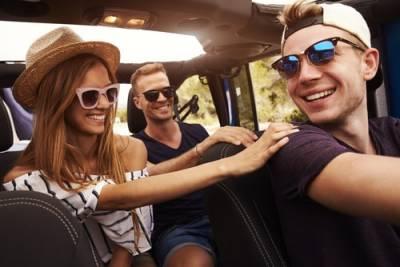 Are you a millennial? If not, perhaps your son or daughter is. As you are probably aware, simply being part of a particular generation does not mean that you exactly the same as those of a similar age, but, over time, habits and trends begin to emerge—not all of them are positive or healthy. In fact, a recent survey found that those in one segment of the generation commonly known as millennials are among the most dangerous drivers on the road.

While there is no clear-cut dividing between one generation and the next, the media and sociologists often characterize people of a particular age group by using common, descriptive names. Those born during post-World War II baby boom—from about 1945 to 1965—are called Baby Boomers while those born in the two decades that followed are collectively known as Generation X. Individuals born between roughly 1982 and 2004 are generally referred to as millennials. These young men and women were the first to “come of age” in the new millennium; hence, the descriptive designation.

With an approximate 20-year gap between the oldest millennials—who are now in their 30s—and the youngest—who recently started middle school, those on the extremes may have little in common with one another. But, it seems those more toward the middle engage in driving behaviors that lead to accidents more often than any other age group. According to a report from the AAA Foundation for Traffic Safety, 88 percent of younger millennials admitted to texting and driving, running red lights or speeding in the past 30 days.

For the purposes of the report, the foundation defined those aged 19 to 24 years old as “young millennials”—another example of the vague distinction between generations. The study asked drivers to report their behavior regarding speeding, running red lights, and texting and driving in the past 30 days and found that such actions were reported by:

An alarming percentage of millennials indicated that they did not believe these risky behaviors were problematic. For example, almost 14 percent of drivers between 19 and 24 said that it was acceptable to run a red light if it had just turned red, even if they could have safely stopped. By comparison, 6 percent of all drivers responded that doing so was acceptable.

Risky Behavior Puts Everyone on the Road at Risk

These findings are quite troubling. The risky behavior that was reported in the study frequently leads to serious car accidents. In fact, the study notes that auto accidents rose in 2015 by 7 percent compared to the previous year, representing the largest single-year increase in half a century.

If you have been injured in a car accident, you should be compensated for your injuries, especially if the accident was caused by another driver breaking the law. Our firm has extensive experience with such cases, and we are ready to provide the help you need. Contact a skilled San Jose car accident lawyer at Janoff Law today.