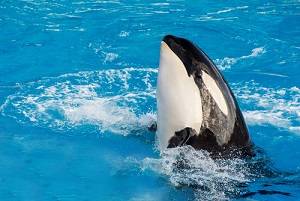 SeaWorld, once a beloved entertainment company with venues across America, has received major criticism from consumers and animal rights activists over the past few years. From trainer’s deaths, to claims of animal mistreatment, the Florida-based amusement park has faced many recent problems. Fortunately for the company, which has also experienced a recent decline in ticket sales, four safety and health citations issued against SeaWorld Parks & Entertainment Inc. by the state of California have been dropped, and a settlement was recently reached. Issued last April, the citations given by the California Division of Occupational Safety and Health alleged that proper safety protocol was not put in place to ensure employee safety.

Claims of Employee’s Safety at Risk

Along with possible fines of up to $25,770, California regulators issued the San Diego amusement park four safety citations after a review of the park in April 2015. Trainers have not been allowed in the water during performances with orcas, the park’s iconic marine mammals, since 2010, but state regulators remained concerned with employee safety. In 2010, an employee of SeaWorld’s Orlando park was killed during a performance involving an orca whale, an incident that led SeaWorld to keeping all trainers out of the water during performances. While current trainers are not in danger during public performances, state regulators found other safety concerns. One of the state’s citations involved medical treatment and training of the animals. Regulators said that while the trainers do stay out of the water during performances, they frequently share pools with the animals during training and when they need medical attention. The state’s citation claimed that the park had not done enough to ensure its employee’s safety when they are required to enter the water with the animals, and that employees were not trained properly to ensure their safety. Additionally, another citation claims that SeaWorld had asked its employees to sign a confidentiality agreement that would force them not to report any safety concerns and hazards.

A Settlement Is Reached

Fortunately for the entertainment giant, the recent settlement and dismissal of the citations mean business can continue, but only with greater safety precautions established. Per the agreement, the company will issue a special order, based on pre-existing SeaWorld Safety protocol, that will detail the further precautions put in place. “This decision will allow SeaWorld to continue our critical animal care practices and trainer safety training methods,” said a statement issued by the company. “These techniques are important to the safety of our trainers and veterinary staff as well as the health and well-being of the orcas in our care.” The special order address all of the safety concerns the state of California presented, and also allows the state to re-inspect the park over the next two years, to observe compliance and effectiveness of the new safety standards. New protocol includes banning trainers from swimming under or riding on orcas while in the medical pool, and preventing trainers from standing on the animals.

While the settlement is certainly good news for SeaWorld, the company still faces challenges across the country. The amusement park giant recently sued California authorities, hoping to overturn a decision that would allow the park to expand their orca habitat only if they stop breeding the whales in captivity.

Safety at Amusement Parks is a Must

No one should be injured while visiting one of California’s many amusement parks, including the park’s employees. At Janoff Law, our team has years of experience, and will work to hold amusement park operators accountable for any injury you sustain on their premises. If you are the employee of an amusement park, you deserve a safe work environment. If you are injured on the job, speak to one of our team members today. Our goal is to help you obtain the greatest possible compensation for your injury. Call 408-286-2300 to speak to a skilled San Jose personal injury attorney immediately. We even offer free consultations to review the circumstances of your case.