Recovering Damages After a Hit and Run 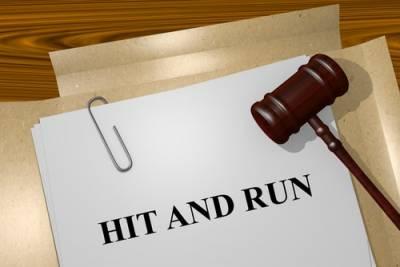 A traffic accident is almost always an extremely stressful experience, but hit and run accidents can be especially challenging to manage. There is often an increased sense of confusion and uncertainty because the other driver has fled the scene. However, it is important to understand the best way to respond to hit and run accidents because according to statistics compiled by AAA, as many as 11 percent of crashes that get reported to the police are hit and runs. If you have been involved in a hit and run, you have a number of paths to recovering damages for your injuries. Of these, the most efficient may be finding the other driver so he or she can be held liable.

Finding the Other Driver

Despite the fact that the other driver has left the scene of the accident, it may be possible to find him or her and hold him or her responsible for the damage that they caused. The immediate aftermath of the accident will likely be hectic for everyone in the vehicle, but the more identifying details that they can gather, the better off they will be. This includes noticing things like the other car’s make and model, its color, and its license plate number. Additionally, victims of hit and runs should also talk to any pedestrians or other witnesses who may have had a better view of the other vehicle to see if they have any information to share.

Modern technology can also help identify hit and run drivers. The proliferation of cell phone cameras means that someone may have been able to take video of the fleeing car. Even if that did not happen, traffic cameras and other nearby security footage may be able to shed light on the hit and run driver's identify.

Police reports can also provide another method of tracking down the other driver. Many hit and run drivers experience remorse and will eventually turn themselves into the police. This is especially true for hit and run accidents involving alcohol, as at the time of the crash, the driver may have feared a citation for drunk driving. Later, when he or she feels that a DUI charge is no longer likely, he or she may be willing to come forward. If you file a police report, then it can make pairing the hit and run driver to the accident much easier.

Even if the other driver cannot be found, victims still may be able to receive compensation for their injuries. If the victim is insured, then part of that insurance policy may provide “uninsured motorist coverage.” The original idea behind this coverage was that it could help a person if they get into an accident with a person who does not have liability insurance. In California, uninsured motorist coverage also provides coverage when the at-fault driver is unidentified, as is the case in a hit and run accident.

If you have recently been injured in a hit and run accident, contact an experienced San Jose car accident lawyer. At Janoff Law, we can help you understand your different options for getting the full, fair compensation that you deserve for your injuries. Call 408-286-2300 for a free consultation today.