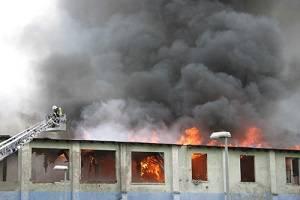 Earlier this month, a fire tore through a party in a converted warehouse in Oakland, killing 36 people. The warehouse was known throughout the Bay Area arts community as the “Ghost Ship,” offering residential, studio, and performance spaces to local artists and musicians. As investigations into the fire continue, a number of major concerns have come to light about the building’s safety and lack of required permits. Such issues may be important considerations in determining potential liability for the deaths of victims.

Alleged Illegal Construction and Unlicensed Use

It is often difficult for low-income individuals to find suitable, affordable housing in the Bay Area, leading many to cut corners in an effort to save money. This seems to have been the case of the Ghost Ship, a former warehouse on 131st Street in Oakland. The couple who operated the building reportedly converted it into a sort of collective for struggling artists and musicians but did so without securing permits or code inspections required by the city. The last permit on record approved the building for use as a warehouse only, not as a performance space or residence.

Reports also indicate that the city received several complaints about the Ghost Ship over the last few years. As recently as last month, city records show that an inspector was sent to look into claims of trash and debris around the building and illegal construction on the inside. The inspector confirmed the blighted exterior conditions of the warehouse but was denied access to the interior.

According to witnesses and those familiar with the Ghost Ship say that the building was two stories of dilapidated furniture, musical instruments, screens, tapestries, and other assorted odds and ends. On the lower level, a large portion of the floor space was taken up by recreational vehicles being used as makeshift homes. A staircase on one end was constructed using wooden pallets. The entire structure had only two exits and no sprinklers or fire-suppression systems.

Considering the apparent condition of the building, perhaps it should come as little surprise that fire officials in Oakland have found no records of fire inspections ever taking place at the Ghost Ship. Such inspections are triggered by requests for change of occupancy, tenant improvement, or special permits. A fire inspection may not have been able to completely prevent the tragic loss of life, but it is reasonable to assume that compliance with city codes could have reduced the chances of deadly fire.

When the negligence or actions of another party directly cause a death, the family of the victim may be entitled to collect compensation under California law. While the investigation has not yet led to any conclusions, the families of the Ghost Ship victims are likely to seek damages from those who are ultimately determined to be responsible.

If you have lost a loved one in an accident that you believe should have been prevented, speak to an experienced Bay Area wrongful death attorney about your options for taking action. Call Janoff Law at 408-286-2300 for a free consultation with a compassionate legal professional today.