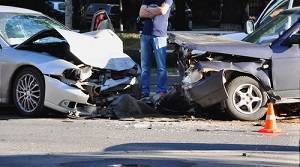 Last week, a Los Gatos woman was killed in a car accident on Interstate 280 when her vehicle hit a bridge rail and flipped. According to reports, the 47-year-old driver—the car’s sole occupant—was pronounced dead at the scene and no other injuries were reported.

The California Highway Patrol received several reports from witnesses who said they saw the woman’s black Hyundai travelling north on I-280 and driving very fast. They also reported that she was passing other vehicles by going into the center median. As she approached the overpass at Elena Road in Los Altos Hills, her car hit the concrete and steel bridge rail, flipped over, and landed on its roof in the highway divide, killing the driver and igniting a grass fire.

Of course, any loss of life is tragic, especially when it can be prevented by safe driving. Fortunately, nobody else was injured as a result of the woman’s apparent recklessness. If another person had been hurt, however, he or she might have been able to recover damages based, in part, on the principle of negligence per se.

Under California law, negligence per se is not a separate cause of action, but a doctrine that can be used to create a presumption of negligence by the liable party.  California courts have held that negligence can be presumed if a claimant can show that:

For example, passing other cars on the median is against the law. The law was designed to protect other motorists from accidents caused by driving outside of a marked travel lane. Therefore, if the woman in the above example had injured anyone else as well, it is very likely that negligence per se would have created a presumption of negligence.

Rebutting a Presumption of Negligence

The presumption of negligence does not mean that the defendant will automatically be held liable for the injuries or damages that occurred. California law also provides an “ordinary prudence” standard for violating the law. This means that if the party who broke the law and caused an injury can show that a reasonable “person of ordinary prudence” would likely have acted similarly in the same situation, he or she can rebut the presumption of negligence.

For example, if a driver caused a car accident resulting in injury by running a red light, negligence per se may create a presumption of negligence. However, if the driver can prove that he was trying to stop at the red light but his brakes failed—which would have caused any ordinary person to run the red light as well, regardless of their intention to follow the law—the presumption may be rebutted.

If you have been injured in an accident caused by another driver’s violation of the law, you need an attorney who will fight to get you the compensation you deserve. Contact an experienced San Jose car accident lawyer today at Janoff Law. We will review your case and help you explore your options for recovering damages. Call 408-286-2300 to schedule your free, no-obligation consultation.