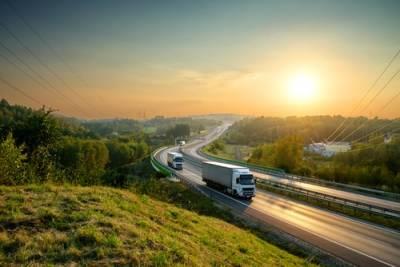 There are millions of semi-trailer trucks on the road in the United States, and the large size of these vehicles can make them especially dangerous in motor vehicle accidents. In order to provide a safe environment for drivers, the trucking industry must follow safety regulations that have been defined at both the state and federal levels. Updates to these regulations can have a major impact on road safety since thousands of people die in truck accidents every year.

California has some of the most strict laws in the United States for transportation employees, requiring employers to provide drivers with a 30-minute meal break for every five hours they work and a 10-minute rest break every four hours. This law applies to any truck drivers who are driving through the state. However, a bill that was recently introduced to the United States House of Representatives would overrule any state-level regulations, forcing states to use less stringent federal regulations that mandate a 30-minute break for truck drivers after eight hours of work.

Critics of this bill include both truckers and unions who represent them, and they believe that strict regulations are necessary to reduce the possibility of truckers driving while they are fatigued, which is one of the primary causes of semi truck crashes. Supporters of the bill believe that regulations need to be streamlined across states since drivers often drive through multiple states in a single shift.

In another major regulation impacting truck drivers, the Federal Motor Carrier Safety Administration will begin requiring truckers to use electronic logging devices to log their hours beginning December 18, 2017. This move from pen and paper logs will not only be more efficient, but it will also improve safety by allowing inspectors to ensure that drivers are not violating regulations by driving more than 11 hours in a 24 hour period.

While some small trucking companies have complained about the cost of implementing electronic logs, safety advocates support the rule change. They note that electronic logging can not only prevent drivers from driving too many hours, but it can also be used to measure the time it takes truckers to drive the distance between weigh stations and penalize them if they are speeding, which is another major cause of semi truck accidents.

Tractor trailer trucks represent a major safety issue to everyone on the road, which is why it is so important for drivers and their employers to follow safety regulations. If you have been involved in a semi trailer truck accident, an experienced attorney at Janoff Law can investigate your case and uncover any acts of negligence or regulations that were violated. We have obtained millions of dollars in settlements for victims of vehicle accidents throughout California, and we will work with you to help you receive the compensation you deserve for any injuries you have suffered. Contact a San Jose truck accident attorney at 408-286-2300 for a free consultation.