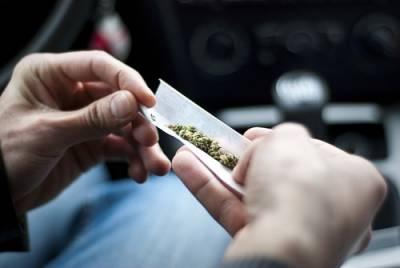 Recreational marijuana use will be legal in California starting on January 1, 2017. As the state prepares for this change in the law, lawmakers are looking to ensure safety on the road when people use marijuana. A recent new law brought the regulations for marijuana in line with those for drunk driving.

Prohibitions Against Marijuana Use While Driving or Riding in a Vehicle

Governor Jerry Brown recently signed SB-65 into law. This bill makes it illegal to smoke or consume cannabis while driving or riding in a vehicle in California, and it will go into effect on January 1. Violating this law is punishable by a fine of $70.

While California law had already prohibited driving while intoxicated by marijuana, this new law brings the regulation of marijuana in line with existing open container laws for alcohol. Just as drinking alcohol while driving or having an open container of alcohol in a vehicle is prohibited, using marijuana while in a vehicle will also be illegal for both drivers and passengers.

Does Marijuana Use Lead to More Fatal Accidents?

The legalization of recreational marijuana use has raised concerns over whether the increased use of marijuana by drivers will lead to more traffic fatalities. A study conducted by the AAA Foundation for Traffic Safety found that following the legalization of marijuana in Washington in 2012, the number of drivers involved in fatal accidents who had THC, the active chemical in marijuana, found in their system doubled between 2013 and 2014.

Both AAA and advocates for the legalization of marijuana have cautioned against jumping to the conclusion that legal marijuana causes more fatal accidents. However, this study does demonstrate the need to regulate the safe use of marijuana. As recreational marijuana use becomes legal in more states, laws such as the new California prohibition against using marijuana while driving or riding in a vehicle will help ensure that cannabis users are acting safely.

If you have been injured in an accident in which a driver or passenger was using marijuana or was otherwise impaired, a knowledgeable personal injury lawyer can help you receive compensation for your injuries. The experienced car accident attorneys at Janoff Law will investigate your case and gather evidence to demonstrate liability, allowing you to recover the damages you deserve. Contact a San Jose car accident lawyer at 408-286-2300 to schedule a free consultation.