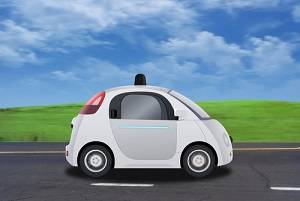 For the first time, according to reports, one of Google’s driverless cars was at fault for causing an accident in California. While there were no reported injuries in the crash, which occurred at very low speed while the car was attempting to merge back into traffic, the incident has raised some serious concerns about the ability of driverless technology to keep passengers and other drivers safe.

Last month, as part of the ongoing testing of the technology, a Google-owned Lexus with driverless capabilities was cruising the streets of Mountain View in Santa Clara County. Compliant with Google’s normal testing protocol, there was also a driver in the vehicle to supervise the process and to take over control in the event of a problem. As the vehicle approached an intersection to make a right turn, its sensors determined that the turn was blocked, so it began to merge back into the flow of traffic proceeding through the intersection. In the process of merging—reports indicate the Google car was travelling at about 2 miles per hour—the car brushed the side of a bus passing at about 15 miles per hour.

The accident damaged the autonomous vehicle’s front left fender and one of its sensors while the bus sustained minimal damage. In a statement, Google acknowledged that its car did detect the approaching bus and that the driver saw it too, but both the car’s software and the human driver assumed the bus would slow to allow the car to merge safely. “In this case, we clearly bear some responsibility, because if our car hadn’t moved there wouldn’t have been a collision,” Google said. The company is now reviewing the accident, along with countless related variations, and are in the process of working the details into the autonomous vehicles’ controlling software.

While previous accidents involving driverless cars have been due to other driver’s reactions or lack thereof, last month’s crash is raising concerns among certain groups about the need for human intelligence behind the wheel. Skeptics are far from convinced that an autonomous vehicle will be able to account for all of the variables that occur on the roadway, and that a single miscalculation could result in serious injuries or death. Current testing numbers suggest that in 15 months of testing, Google’s “autonomous” cars have automatically turned control back over to human test drivers more than 270 times, and that test drivers have found it necessary to take over in nearly 70 other cases. Testing a new technology will always have its obstacles, but those who will share the roadways with driverless vehicles should not be placed in increased danger.

As testing continues, the possibility of an accident remains, including the potential for serious injuries. If you have been injured in a car crash—whether or not it involved a driverless car—you need to speak with an experienced San Jose car accident lawyer right away. Call 408-286-2300 to schedule your no-obligation consultation with Janoff Law today and let us help you explore your legal options for seeking the compensation you deserve.