Documenting a Car Accident Has Never Been Easier 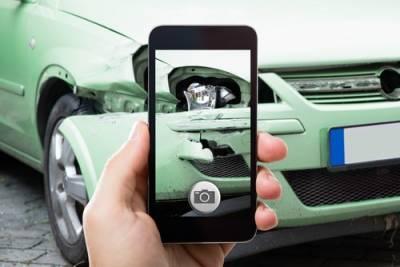 When you are involved in an auto accident, it is understandable that you may feel confused, angry, shaken, and frightened all at the same time. If you have been injured in any way, your emotions are likely to be amplified even more. It is important, however, to regain your composure, at least for a short time, and to make note of certain elements of the accident that could be very valuable in the future. Fortunately, advancing technology has made doing so easier than ever before.

A generation or two ago, it was almost entirely up to the police and insurance company investigators to determine exactly what happened in a car accident and which party was at fault. Those involved in the accident could do very little but notify the police and wait. They exchanged insurance information with one another, but unless one person happened to have a camera with him or her, documenting the accident scene was the responsibility of the responding officer.

In most cases, the officer would arrive, observe the scene, and take statements from the parties. This meant that if the cars had already been moved out of the flow of traffic, the officer would have to rely on the parties’ versions of events to construct an image of what happened. As a result, the formal accident report often contained conflicting statements, as well as the officer’s best guess as to who caused the crash.

Today, nearly every American adult owns a cell phone, and virtually every one of those mobile devices is equipped with a camera. This means that in the moments following an accident, you have the ability to capture the scene exactly how it stands. You can take pictures of the positions of the vehicles, the damage to each car, and any other details such as traffic signals, roadway hazards, or visual impairments that may have been a factor in the accident.

It is often helpful to start taking pictures before the vehicles are moved onto the shoulder or into a parking lot. This will allow you to document how the cars came to rest, which could provide valuable evidence for crash investigators and claims adjusters. Once the vehicles are safely off of the roadway, you can take more details pictures of the damage. With each picture you take, you reduce the possibility of conflicting accounts affecting your ability to collect compensation for the accident.

Get Help With Your Accident Claim

Despite your best efforts to document the scene, you may still face challenges in dealing with your insurance company and that of the other driver. If you have suffered losses in an auto accident, contact an experienced San Jose car accident lawyer. Call 408-286-2300 for a free consultation at Janoff Law today.