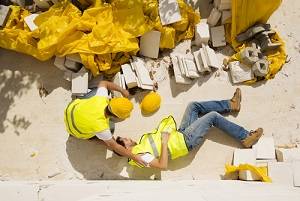 A 61-year old worker was killed last month in a tragic construction accident at San Francisco’s Moscone Center involving an aerial lift and a concrete beam. The incident is hardly the first time that the company who employed the man has come under fire for workplace safety concerns. According to reports, the employer has paid thousands of dollars in fines for more than 20 safety violations over the last ten years.

Various news outlets are reporting that the worker was in the basket of an aerial lift—often referred to as a cherry-picker—when he was crushed against a concrete beam. He was working on a ramp area that leads underground on the site of the Moscone Center’s $350 million expansion project. The man worked for Ahern, a truck and equipment rental company that has been the focus of several investigations by the California Division of Occupational Safety and Health (Cal/OSHA) in the last few years.

A History of Problems

Records indicate that Ahern has been fined by Cal/OSHA on least five separate occasions dating back to 2008, when an employee was caught between a truck bed and a wall, landing him in the hospital for five days for a severe leg laceration. In the spring of 2011, another worker was pinned between a truck and a fallen light tower. Prompted by complaints, Cal/OSHA investigated Ahern, finding as many as nine safety violations.

For construction workers, being caught in or between objects on a worksite is a potentially deadly hazard. In fact, it is one of OSHA’s Focus Four—or the four dangers on a construction site that claim the most lives every year. The other three elements of the Focus Four are falls, electrocution, and being struck by an object. Together, the Focus Four are responsible for almost 60 percent of all construction accident fatalities in the United States. If they could be eliminated, more than 400 lives per year could be saved.

If you have been injured or if a loved one has suffered a fatal injury on a construction site, you need representation from an attorney who is ready to work hard for you. At Janoff Law, we know that, sometimes, contractors and companies will take safety shortcuts to meet deadlines or budget restrictions. We also know that such practices are unacceptable. Contact an experienced San Jose construction accident lawyer to discuss your case today. Our team is here to help you get the full compensation you need to put your life back together. Call 408-286-2300 for a free initial consultation.