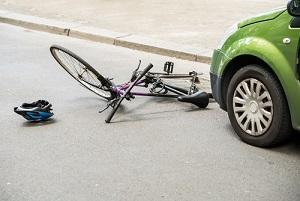 Although bicycles are a great mode of transportation, they can also be dangerous due to the risks of sharing the road with larger and faster vehicles. Despite the use of bicycle lanes and other safety measures, cyclists are still likely to get into accidents with cars and pedestrians, although fatalities are more common with car accidents. When riding, cyclists are generally expected to follow the rules of the road as car drivers do, however, cyclists are not required to carry vehicle insurance. This can be a problem when a cyclist causes an accident with a car.

Car drivers are required to carry minimum insurance limits or otherwise show financial responsibility when operating cars in California. Cyclists are not required to carry any kind of insurance, however, there are some cyclists who opt to carry what is known as bicycle insurance, that offers coverage similar to that offered by car insurance. Depending on the individual insurance policy, this insurance can pay out a claim if the cyclist is responsible for causing an accident with a driver.

When a cyclist gets into a car accident with a driver who does not have insurance, the cyclist may have to rely on their own insurance to cover the costs.  If the cyclist owns a car and carries uninsured or underinsured motorist insurance, and gets into an accident while riding his bicycle, the insurance may cover the property damage and other losses associated with the accident.  Additionally, the cyclist’s medical insurance would likely cover the cyclist’s medical costs.  Without any form of insurance, a cyclist can get sued personally for any damages caused, and a cyclist can similarly sue a driver without insurance to seek compensation if the driver is negligent and causes the accident.

Cyclists should take precautions when sharing the road with cars to avoid causing or being involved in accidents. Cyclists should ensure that they obey road rules as required under law. In California, if a cyclist is found to have done something to have caused the accident, such as riding on the wrong side of the road, or ignoring traffic signals, he may recover less in compensation even though the car driver was more at fault in the accident.

Let Us Assist You

Cyclists involved in car accidents generally have high medical bills and injuries that cause them to be unable to work for a period of time. If you are a cyclist injured in a car accident, you can pay for these expenses by seeking compensation from the negligent driver who injured you with the help of a dedicated San Jose car accident lawyer. Call Janoff Law today at 408-286-2300 for a free, no-obligation consultation.