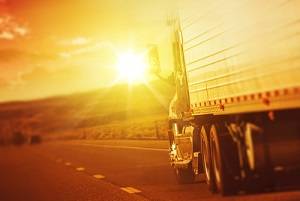 Uncertainty surrounding a fatal tractor-trailer accident from last year has demonstrated to regulators the need for so-called black boxes on commercial vehicles. Event data recorders, or black boxes, have been in use in the aviation industry for more than half a century, and their installation on trucks, buses, and other vehicles could provide investigators with additional resources in determining what factors may have contributed to accidents and roadway incidents.

In April of 2014, a FedEx truck pulling two 28-foot trailers and headed southbound on Interstate 5 in Northern California crossed the median into northbound traffic. The truck collided head-on with a charter bus carrying Los Angeles-area high school students on their way to a college orientation program, killing ten, including the drivers of both the truck and the bus. Investigation into the cause of the accident began immediately, with many suspecting that a mechanical failure or a medical episode on the part of the truck driver may have led to tragic accident.

Some 13 months later, the California Highway Patrol announced that their efforts to determine a cause for the accident had proven inconclusive. “It’s uncommon for us not to determine a cause,” CHP’s northern division commander Ruben Leal said in a statement. “We looked at everything.” The truck was mechanically sound, according to the evidence, and the driver was well-rested and in good health. Posthumous toxicology testing found no trace of drugs or alcohol that could have created impairments. Investigators and the victims’ families, while appreciative of the thoroughness of the investigation, remained ill-at-ease at the prospect of not knowing the full story.

The National Highway Traffic Safety Administration reports that more than 300 crashes in 2012 involved a vehicle crossing a median on an interstate highway. That is roughly one per day around the country. While the causes of many such accidents are clearer than others, an event data recorder could offer a great deal more insight on all of them. This summer, in response to the lack of closure in the California accident, the chairman of the National Transportation Safety Board Christopher Hart reiterated his agency’s stance on the issue.

“With access to event data recorders,” he said, “we might have been able to determine why the truck crossed the median.” In doing so, the NTSB and other public safety agencies would be able to make recommendations on how to prevent future similar incidents from occurring. Both the American Bus Association and the American Trucking Associations have expressed support for use of event data recorder technology, and have recognized their importance in promoting highway safety.

Legal Assistance after a Truck Accident

If you or a loved one has been injured in an accident involving a truck or other commercial vehicle, it is important to enlist the help of an experienced San Jose personal injury attorney as soon as possible. We will work with you in collecting the necessary evidence and holding all of the appropriate parties liable for your injuries. You have nothing to lose because there is no fee unless you recover compensation. Call 408-286-2300 today to schedule your initial consultation with the Janoff Law.