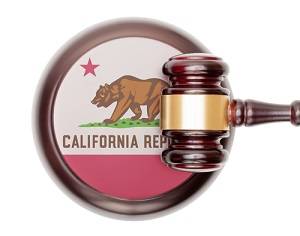 When you have been hurt in any type of incident caused by the actions or negligence of another party, you deserve to collect compensation for your injuries. Your road to recovery may be made even easier when the responsible party admits their liability relatively early in the process. Admission of liability does not necessarily mean that everything is completely resolved, as a San Gabriel man recently learned. His compensation may finally be on its way, though, as a California appellate court last week upheld a $20 million verdict against a local utility provider.

In 2011, the claimant was living in a remodeled garage in San Gabriel. According to court records, an employee of the Southern California Gas Company, opened a valve which allowed the man’s residence to fill with natural gas. When the resident went to light a cigarette, the gas-filled garage exploded, causing him severe burns and a traumatic brain injury, which experts believe will lead to dementia by about age 50. For a man who was only 23 at the time of the explosion, the impact is expected to be life-changing.

Prior to the initial trial in 2014, the Gas Co. acknowledged liability for the explosion, but disputed full responsibility, claiming that the landlords of the property were partially to blame as well.  A Los Angeles Superior Court jury took roughly a day and half in 2014 to award the man nearly $19.9 million, of which the Gas Co. was responsible for just over $18 million. The landlords were held liable for the remainder.

Southern California Gas Company filed its appeal in the Second District of the California Court of Appeal. The company claimed that the original trial was tainted by the inclusion of improper evidenced related to the man’s brain injury. The appeal also contended that the evidence did not sufficiently connect the injury with the gas leak and the explosion. Finally, the company presented arguments that the verdict was excessive, and was punitive in nature based on prejudice.

The appellate court disagreed with the utility company’s claims, indicating that there was no other reasonable explanation for the victim’s injuries. The court upheld the initial verdict stating, “it is more likely than not that the gas leak and fire caused [the victim]’s traumatic brain injury.” In a personal injury case, “more likely than not” is the standard of proof required and is commonly referred to as a finding “based on a preponderance of the evidence.”

If you have been the victim of another party’s negligence, you need a lawyer willing to fight for you. Contact an experienced San Jose personal injury attorney today at Janoff Law and get the hardworking representation you deserve. Call 408-286-2300 to schedule your no-obligation consultation.