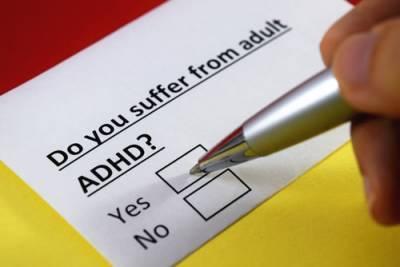 Attention deficit hyperactivity disorder (ADHD) is a mental disorder that most people associate with school-aged children—for good reason. Estimates vary, but as many as 11 percent of American children aged 4-17 have received a diagnosis of ADHD in their lifetime, a percentage that represents about 6.4 million boys and girls. The condition can also persist into adulthood, and the nature of the disorder can make it difficult for adults to remain focused on certain tasks. In fact, ADHD has even been found to present an increased danger of a car accident among drivers who have been diagnosed. A new study, however, suggests that those who receive treatment for the disorder can help reduce their risk of an accident.

In recent years, much has been said and written about the dangers of distracted driving—most notably in regard to cell phone use and texting while driving. But distractions are almost a way of life for those who have ADHD, even without a cell phone nearby. The disorder’s primary symptoms include difficulty with sustained attention, absent-mindedness, impulse control issues, and excitability, all of which can be extremely dangerous if they manifest while driving.

Research has shown that individuals with ADHD are at a higher risk for a traffic accident than those who do not suffer from the disorder. In 2014, a Swedish research team estimated that a man with ADHD was 47 percent more at risk for an accident while a woman’s risk jumped by 45 percent. A more recent study looked at the risk factors for adolescent drivers and found that an ADHD diagnosis makes teen drivers 36 percent more likely to experience a car accident.

Earlier this year, another study—also from Sweden—looked at American auto accident claims alongside the diagnosis and treatment of ADHD for the drivers involved. Using data for accidents from 2005 to 2015, the researchers confirmed previous studies’ findings that drivers with ADHD were more likely to experience an accident. The study also found that those with an ADHD diagnosis can dramatically reduce their risk by taking their prescribed medication and remaining compliant with treatment. Risk factors for males receiving treatment dropped by 38 percent and 42 percent for females. While medication was not found to completely eliminate the risks linked with ADHD, the difference was certainly significant.

Collecting Compensation for Your Injuries

If you have been injured in an accident involving a driver diagnosed with ADHD, you may be entitled collect compensation for your injuries. Contact an experienced San Jose car accident lawyer at Janoff Law to discuss your case today. We will help you explore your options and work toward recovering the damages you deserve. Call 408-286-2300 for a free consultation.